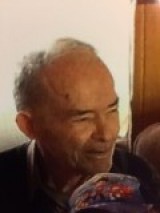 The death  has occurred of Sean Keane, Corrancreagh, Connolly, peacefully at the University Hospital, Limerick, in his 84th year.

Funeral Remains Reposing at St. Michael the Archangel Church Connolly on this Monday Christmas Day from 5pm to 7pm.

Funeral Mass on Tuesday at 12 Noon.

May He Rest In Eternal Peace