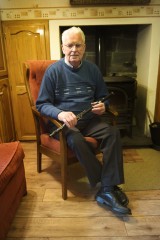 The death has occurred of  Peter, also widely known as Peadar O’Loughlin passed away peacefully at home surrounded by his loving family.

his family, Noreen and her husband Michael, Cathal and his partner Siobhán, Ciarán, Úna and husband Brian, Gráinne,

along with his dear grandchildren Bryan, Ashling, Cliodhna, Seán and their mother Barbara, Tierna, Neil, Bláthnaid, Fiachra and Doireann.

He will be sadly missed and fondly remembered by his sisters-in-law, brother-in-law, nephews, nieces, cousins, relatives and many kind neighbours and friends and also musicans both at home and abroad.

Family flowers only please. Donations, if desired to Milford Hospice.